Home » ΒΟΥΛΓΑΡΙΑ » Bulgaria Puts Up a New Wall, but This One Keeps People Out

Bulgaria Puts Up a New Wall, but This One Keeps People Out 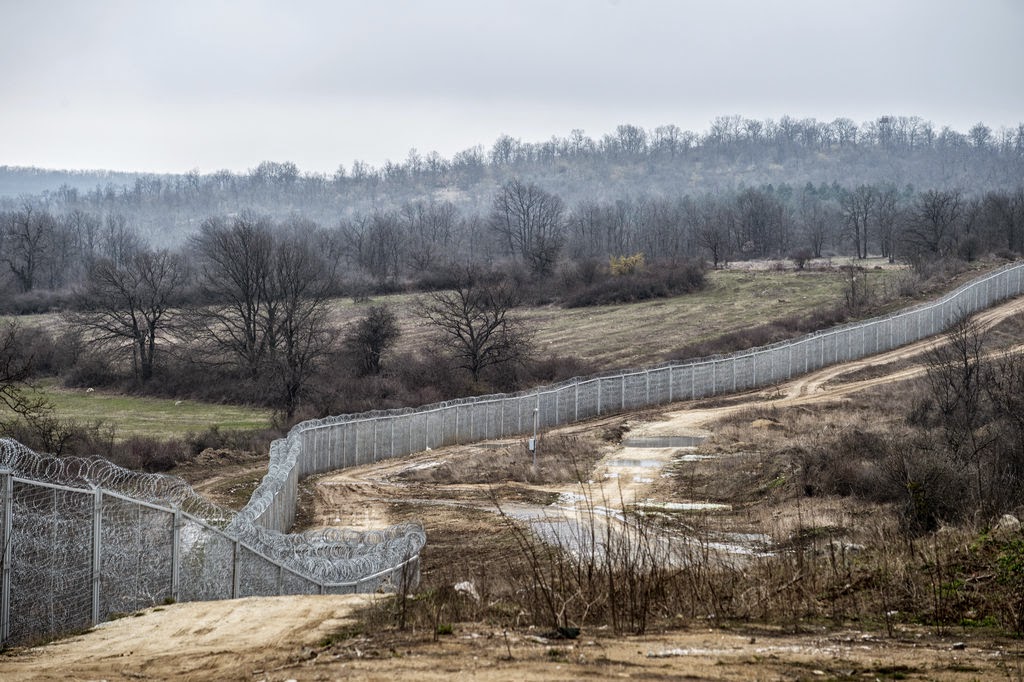 LESOVO, Bulgaria — Less than two decades after the painstaking removal of a massive border fence designed to keep people in, Bulgarian authorities are just as painstakingly building a new fence along the rugged Turkish border, this time to keep people out.

Faced with a surge of refugees from the Middle East and North Africa — and the risk that they include jihadis intent on terrorist attacks — Europe is bolstering its defenses on many fronts, including this formerly Communist country, which little more than a quarter-century ago was more concerned with stanching the outbound flow of its own citizens to freedom. For the past 16 months, Bulgaria has been carrying out a plan that would sound familiar to anyone along the United States-Mexico frontier: more border officers, new surveillance equipment and the first 20-mile section of its border fence, which was finished in September.

The hardening of the Bulgaria-Turkey border is one very visible manifestation of the agitation across the continent about the economic, social and political ramifications of the surge in immigration. With warmer weather fast approaching and more refugees likely to be on the move, nations along Europe’s southern tier are beefing up border staffing, adding sensors and other technical barriers, expanding refugee facilities, and building walls.

More than 200,000 refugees are known to have penetrated Europe’s land and sea borders last year, not including those who were able to sneak through undetected.

And the numbers for the first two months of this year, when Europe enjoyed its second mild winter in a row, were up sharply compared with the same period last year.

Anti-immigrant sentiment is increasing in Britain, France, Hungary, the Czech Republic and elsewhere across the continent. Parties espousing ethnic nationalism are seeing their support rise, some to the point where they threaten the dominance of more traditional parties.

“The rise of the right wing in Europe is a reaction to this refugee flow,” said Boris B. Cheshirkov, chief spokesman in Bulgaria for the United Nations High Commissioner for Refugees.

And with much of Europe still struggling to recover from the 2008 financial crisis, the higher costs of caring for this flood of refugees — especially in countries like Bulgaria, the poorest member of the European Union — are straining national budgets.

At the same time, episodes like the January attack on the Paris offices of the satirical newspaper Charlie Hebdo are raising worries that both homegrown jihadists and foreign fighters will cloak themselves in this refugee flood.

“Right now, in the western part of Turkey, on the borders of Greece and Bulgaria, you probably have thousands of Syrian refugees waiting for an occasion to cross,” said Marc Pierini, an expert on Turkey and the Middle East at Carnegie Europe, a foreign policy analysis group. “If you talk about returning jihadists, you are talking about dozens.”

Slavcho Velkov, a Bulgarian security expert and university lecturer, said he believed there was more jihadist movement through Bulgaria than the authorities acknowledged.

“I have seen such fighters here with my own eyes,” he said. “I spotted some at the central bus station and struck up a conversation. When I asked them where they were going, they said, ‘We are going to heaven.’ ”

To some degree, efforts like the new Bulgarian fence simply contribute to a game of Whac-a-Mole: When one route is cut off, smugglers shift to other paths into Europe. 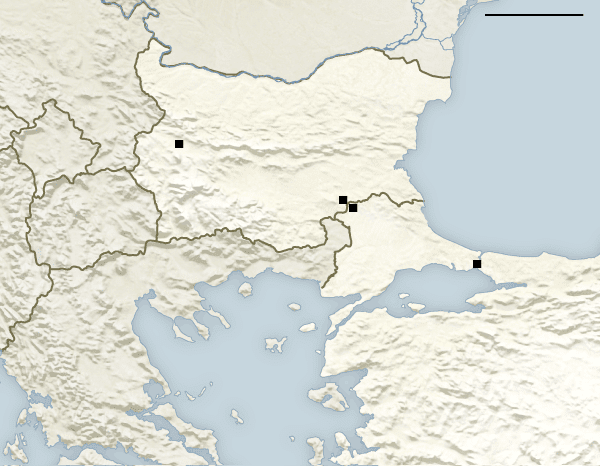 “In 2012, heightened security was implemented along the Greek border with Turkey, including the building of a fence,” said Gil Arias Fernández, deputy executive director of Frontex, the agency that coordinates border protection throughout the European Union. “The result was that flow changed towards the Bulgarian border.”

It was this deluge that caused Bulgaria to institute its own “containment plan” in November 2013, including the continuing construction of the border fence, which will eventually stretch 100 miles.

But that did not mean that refugees were not getting into Europe, Mr. Fernández said. Those thousands who failed to cross into Bulgaria were offset by larger numbers crossing from Turkey by sea to the nearby Greek islands. Smaller numbers tried making it to Bulgaria across the Black Sea.

More than 170,000 refugees — most of them from the Middle East, Africa and Afghanistan — entered Europe on the sea route to southern Italy in 2014. In the first two months of this year, the number was up 42 percent over the same period last year.

Here in the eastern Mediterranean, where Frontex measures land and sea crossings into Bulgaria and Greece, the number of those entering is up 107 percent over last year — with the raw number of those crossing, 5,275, approaching the 7,834 who used the Italian sea route.

“We are expecting a surge of refugees in April and May for certain,” said Jordan Malidov, director of a Bulgarian refugee center in the town of Harmanli, 22 miles north of the Turkish border. Warmer weather emboldens those trying risky sea crossings or attempting to walk across remote, green borders.

“And it is common when there is war for the numbers to increase,” he said.

Back in the late 1990s, when Nikolay Radulov was a deputy minister of the interior, part of his job was overseeing the dismantling of the old wall, a Cold War relic that had been the southern edge of the Iron Curtain. It was actually two fences, stretching across the entire land border, with a 500-meter minefield between them, designed to prevent residents of Communist nations from sneaking into the West.

The fence was dismantled piece by piece, he said, “and we very carefully removed each of the mines, one by one.”

Now, as a professor of national and international security at New Bulgarian University, Mr. Radulov is watching with some disbelief as the new barrier rises to take its place.

“The theory then was that it was antidemocratic to have these kind of devices along the border,” he said. “And of course, we were good democrats.”

The new fence is rising on a rocky ridge, below which a pencil-thin minaret pokes through the rooftops of Hamzabeyli village in a gentle elbow of northern Turkey’s green hills.

“We post the men 100 meters apart,” said Hristo Stefanov, the chief of the border patrol office responsible for this stretch of the frontier, pointing down a rutted road toward a distant man in black. “That way, you see, the officers are always in sight of one another.”

Immediately behind him was the western end of the 12-foot-high metal fence that rolls along the stony hilltop until it disappears around a distant line of gnarled trees. The fence, on the Bulgarian side, consists of chicken wire in a steel frame, while a menacing cascade of razor wire climbs its Turkish face.

Only this first section is in place, along the stretch where most refugees tried to avoid border checkpoints. But the Bulgarian government, drawing on money from the European Union and other sources, and eager to prove it can effectively control its southern flank, says it will begin later this month to extend the wall until it covers the entire 100-mile land border with Turkey not already blocked by the Rezovo River.

One reason Bulgarian officials are keen to complete the wall is to demonstrate to European leaders that the country deserves to be admitted into the Schengen group of nations whose members do not require visas or passports to travel between them. Bulgaria was admitted to the European Union in 2007, but has been denied Schengen approval, partly because of border issues.

Although the Bulgarian government contends that the wall will be finished this summer, few security experts believe this is possible. Construction has not begun, and roads must first be carved through the forbidding, often mountainous landscape.

In the meantime, refugees will continue to find ways across the border at more remote and dangerous locations.

About 4,000 refugees are living in centers like the one in Harmanli, which holds 1,600.

Tahani Halad Hamza, 21, was studying biology in Mosul, Iraq, when the fighting erupted there. Her father was lost in the conflict, but she, her husband, her mother and two brothers managed to make it into Turkey and as far as the Bulgarian border, where they were taken into custody about six months ago.

Now what is left of the family lives in a small, red-and-white trailer in the refugee center. Like others in the facility, they said they hoped to be granted official refugee status by the Bulgarian government, which would allow them to travel through Europe.

Her family hopes to get to Germany, she said, or perhaps Britain.

“The only difference between Bulgaria and Syria is the conflict,” she said. “There is no work in either place.”